Even though I’m a writer, I’m actually a really visual person. So when it came to creating my main character Dayna and the four other people who would be constants in her life (and in my books), I found myself looking to celebrities for inspiration. Read on to learn exactly who inspired the people in Hollywood Homicide.

I’ve  already shared on Chicks on the Case that singer/actress Letoya Luckett was my inspiration for Day and how I ended up describing Day in the book.  Here are my initial thoughts on her.

Day’s about 5’6 and the color of gingerbread cookies.  She wears her hair naturally curly, but she does straighten it.  She’s not naturally skinny and has battled her weight constantly the past couple of years.  Part of her signifying to herself that she is no longer acting is that she’s eating what she wants.  At least that’s what she’s telling herself, in truth she’s eating because she’s depressed.   She does still work out fairly regularly, though, but tries to avoid the “Hollywood” spots like Runyon Canyon because she doesn’t want anyone to recognize her and ask what she’s up to nowadays.   I want her to be cute over that classic Hollywood beauty look. (Kinda like a Rachel Bilson but black.)  The closest I could come up with is Letoya Luckett.

Sienna is Dayna’s roommate/best friend. She’s also the one who accompanies Day on all of her investigations. My initial thoughts on her:

Sienna’s what America will one day look like; just give it a couple hundred more years.  She has a racially ambiguous look that has every ethnic group trying to claim her as their own.  Like 99.99% percent of wannabe starlets in Hollywood she’s no bigger than a size 2.  She’s just as beautiful without makeup, although she’d die before she let you see that. I picture her looking like an older Jessica Szohr from Gossip Girl, who looks different races depending on her hair, etc.

My initial notes describe Sienna as Dayna’s “go out” friend and Emme as Dayna’s “stay in” friend. For me, Emme’s physical description wasn’t as important as her backstory. Imagine if one Olson twin decided to quit show business after Full House was canceled while the other went on to be the most famous woman in the world.

Now that she’s an adult, Emme is very much an introvert.  There’s nothing she hates more than the spotlight.  Unfortunately, when you look EXACTLY (minus a teeny, tiny nose job and some implants) like one of the biggest stars in Hollywood, the spotlight finds you.  And the only thing that Emme hates more than the spotlight is being mistaken for Toni. Emme’s solution?  Leave her house as little as possible. Emme “lives” on the Internet.  She loves the anonymity.  She’s not mistaken for Toni or even viewed as Toni’s sister.  She’s just Emme.

Omari is Dayna’s high school friend who is currently Hollywood’s latest It boy. He also happens to be her longtime crush.  My initial description:

Omari’s got that Trey Songz baby face and dimple thing going on, which makes him dangerous as hell to the opposite sex.   You see him.  He smiles at you.  You think that he’s adorable.  But then he opens his mouth and you realize that sweet and cute are the last words anyone should use to describe him. Despite the Tallahassee detour, he still has that raspy BK accent. 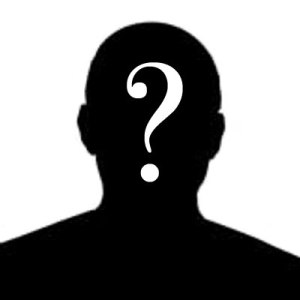 Aubrey is an uptight retired cop turned private investigator who becomes the bane of Dayna’s investigation. Randomly, he is the one character  I didn’t base off a celebrity.  Here’s my initial description of him:

He’s blond-haired with brown eyes—attractive but not in a drop dead gorgeous, chiseled Hollywood way.  He’s real man-attractive.  Much like Emme, he doesn’t really give a rat’s ass about his appearance, which of course is rare for a man who works in Hollywood.   Since he rides his bike everywhere he’s in great shape. Not in that fake, rock-hard-six-pack- abs-with-huge-muscles sort of way, but more in a JFK, Jr. sort of way.

Maybe someone can help me out. Does Aubrey’s description bring any celebrities to mind? If so, please share in the comments!

One thought on “Get back(story): How I developed my characters…”